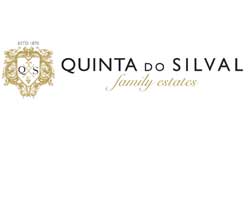 The Society of Casa Agrícola da Quinta do Silval, S.A. is a family business dedicated to the production of wines, owner of Quinta do Silval, situated in the Douro Demarcated Region,a local landmark for its excellent wines and for its singular beauty, classified in 2001 by UNESCO as a World Heritage Site. The properties of Quinta do Silval have a total area of 42 hectares of which 26 are vineyards, all classified with the letter A, the highest classification of vineyards of the Douro Wine Region. Quinta do Silval launched in 1870 its first Port wine with its own brand – Torquato de Magalhães.

At the end of the 20th century, in 1985, the patriarch of the family Magalhães- Carlos Magalhães decided to revive the production of its unique Port Wine and start the production of DOC Douro wines. The owners of Quinta do Silval descended from one of the three branches of the family Magalhães, who have always been in the region of Trás-os-Montes e Alto Douro, as did the explorer Fernão Magalhaes, originating from the nearby village Sabrosa, and Torquato Magalhães, a famous “paladin” of the Douro and at the time owner of Quinta do Silval, under whose name was produced its Porto wines  in the 19th century.

The properties of Quinta do Silval enjoy a prime location, right in the heart of the Douro – demarked region for the production of the world’s oldest wine. The whole vineyard area is classified with the letter A, and is planted with noble varieties of wine of the Douro region. The vineyards have a rich geographical diversity with altitudes between 100m and 500m, with excellet solar exposure and soils of blue schist with  fragments of clay. These are the characteristics that make their wines unique!

Quinta do Silval has a long history linked to wine, which dates back to the mid 19th century. It is located in Vale de Mendiz, in the valley of the Pinhão River, in the heart of the Douro Wine Region. The oldest Quinta do Silval vines are approximately 85 years old and the youngest older than 35. The principal grape varieties planted are “Touriga Nacional”, “Touriga Franca”, “Tinta Roriz” and “Tinta Barroca”. In the older vines we can  also find the varieties “Tinta Cão” and “Malvasia Black”. Since 2005  Quinta do Silval has also a Wine Hotel with 14 rooms, being one of the first wine hotels built in the heart of the Douro region. The hotel preserves the architecture and typical materials of construction of the Douro, such as the secular Quinta do Silval house, which gave rise to the Hotel Rural da Quinta do Silval. At the hotel you can have wine tastings, meals, specific programs or you can simply admire the magnificent terraces of the Douro.