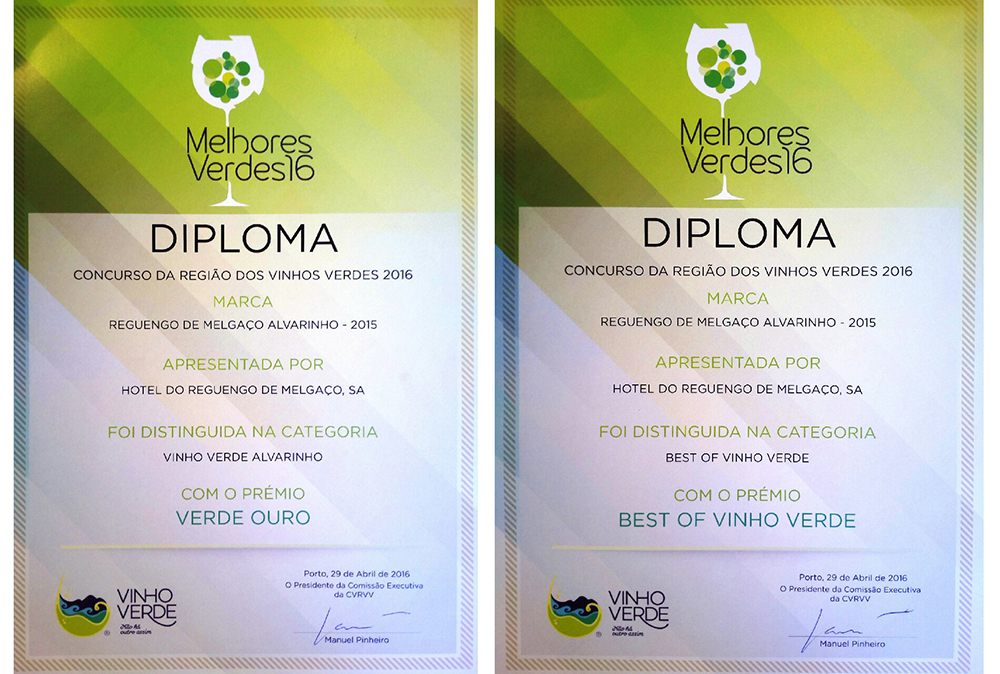 We are very pleased to share with you the first two awards presented to our selection of 2015 Alvarinhos.

Last Wednesday, during the ceremony of Melhores Verdes 2016 organized by the Commission of Viticulture of the Vinho Verdes Region (CVRVV), our Alvarinho Reguengo de Melgaço 2015 was given the distinction of the best Alvarinho wine of 2016.

Alvarinho Reguengo de Melgaço gathered a consensus from both national and international jury committee members amongst a crop of over 200 other wines and was awarded with the two most prestigious awards available in the contest:

We are very proud for the recognition achieved through these awards and will keep you updates with all the upcoming awards which our wines win.

Together in 2016 we will make Reguengo de Melgaço the perfect ambassador for Vinhos Verdes and the Alvarinho region.